The total area of ​​our vineyards is about 2 hectares, divided into two distinct plots: the “historic” vineyard of Podere Lamberto and the new plant of more recent construction. The first extends on the east side, on an average slope on a terrain characterized by the regularity of ventilation present at every precious temperature range, a phenomenon particularly useful in the morning, when, together with the first sun, it quickly erases any excess humidity on leaves and bunches. Thanks to this phenomenon, our “historic” vineyard is particularly protected from mold and rot in the advanced stage of ripening, as well as from the attack of the most common plant pathologies of the vine throughout the growing season. This peculiarity is a very advantageous element considering that we have chosen the organic cultivation method. The planting layout is the classic one with a 3 m wide row and 1.80 m distance between the logs. The pruning method is mixed between Guyot and spurred cordon. The ampelographic base of the vineyard is made up of Prugnolo Gentile (Sangiovese) about 80%, Canaiolo nero, Mammolo and Colorino. The most recent vineyard is located in a south-east facing position, always with an average slope on a markedly tufaceous soil kept grassed. The plant is characterized by a density of 4400 vines per hectare, bred in closer rows (2.50 m wide inter-row). The plant is cultivated with a spurred cordon with an inter-row distance of 0.80 m and a high wire from the ground between 0.50 and 0.80 m. The limited distance from the ground allows the bunch to ripen optimally thanks to the microclimate that occurs in the presence of grassing even in the least easy years. The ampelographic base consists mainly of various Sangiovese clones, flanked by Colorino and Merlot. Pruning is based throughout the vineyard on the principle of limiting quantity in favor of quality. Starting from dry pruning, continuing in the period of green pruning and with the thinning out of the bunches in excess, our goal is to limit the yield per hectare below the maximum allowed by the production specifications. The harvest period, at an altitude of about 550 m. above sea level, generally coincides with the second week of October for Sangiovese and a couple of weeks before for Merlot. 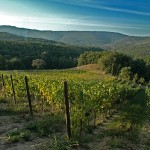 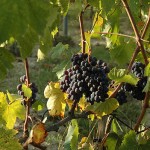 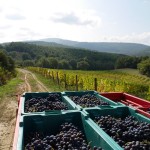 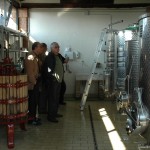 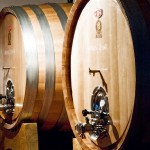 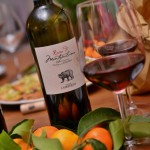 The harvest and vinification

It is performed scrupulously by hand, collecting in small boxes. Already in the harvesting phase, a strict selection of the bunches is observed so that only the best, perfectly healthy and fully ripe product reaches the cellar. The destemming is followed by a soft pressing with immediate transfer to steel fermenters where fermentation begins at controlled temperature. Alcoholic fermentation, which generally takes place over a week, is followed by a further maceration period of the skins which in the best years and for wines destined for aging can last up to three weeks. Frequent pumping over alternated with punching down and delastage, characterize this entire first vinification phase. Afterwards, it is only a matter of accompanying the new wine, through the decanting of the lees and the relative removal of the lees, to the final phase of malolactic fermentation (completed strictly by December). The final peeling is a prelude to the transfer to wood for aging. 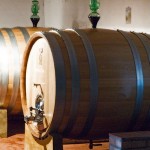